I’m impressed, Topps. Less than a month after pulling a Luis Robert redemption from a Target retail Value Pack, it’s hit my mailbox. 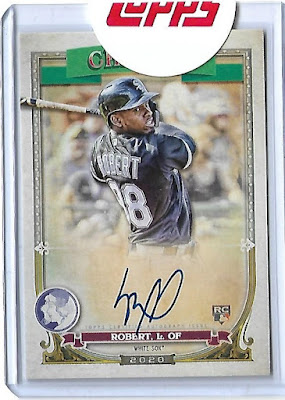 As I said when I wrote up the break, this is one of the biggest – and least expected – hits that I’ve ever pulled. 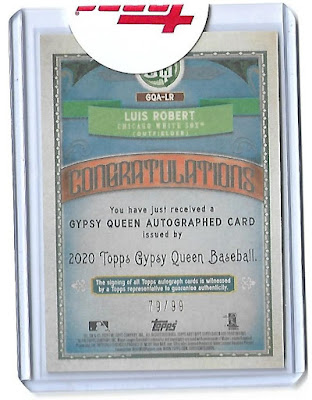 Robert, who is included as a rookie despite not playing in the majors, is a 22-year-old Cuban outfielder and the #2 prospect in the game (according to Baseball America). He led the minors across all levels last season in hits (165) and was second in runs (108).

The White Sox locked him up with a six-year, $50 million contract in January, another key piece for the franchise’s future. Penciling Robert into a lineup with Tim Anderson, Eloy Jiménez, and Yoán Moncada makes for a fun, intriguing team.