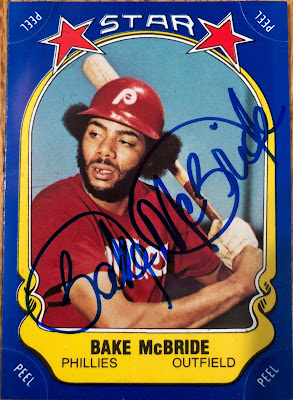 C'mon. Look at that card. Fantastic.

After struggling through 42 games with the Cardinals in 1977, he was dealt to the Phillies. He finished the season hitting .339 with 11 home runs and 27 stolen bases. He posted a career-best 87 RBI for the 1980 World Series champs. 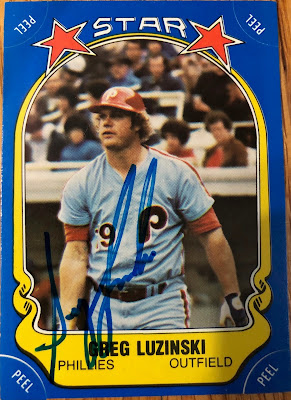 Over 11 seasons with the Phillies, Luzinski slugged 223 home runs. He joined the Chicago White Sox after the 1980 title season and was resurgent in a designated hitter role. He hit 84 more home runs over four seasons with the ChiSox.